While the standard house cat is one of the most common pets in the world, there are other feline breeds that are much harder to find. They are far fewer in number due to several complex reasons. This includes factors such as climate change, genetic issues and a lack of commercial breeders. 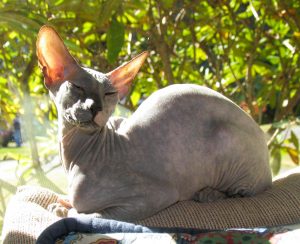 This cat first emerged in Russia during the 1990s. Kittens are born with down, but this is soon shed for a more sleek and hairless appearance. The Peterbald shares many similarities with the Sphynx cat. This includes a lack of fur and their general build. The two breeds also need the same level of care from their owners.

These felines are instantly recognisable due to their blue eyes. Aside from that, they do not have many other distinctive traits. The earliest known examples of the Ojos Azules were in New Mexico during the mid-80s. They are energetic, friendly and full of affection for their owners. 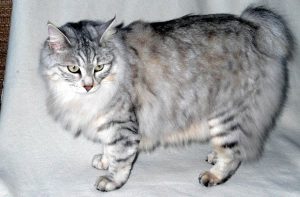 Kurilian Bobtails have a pom-pom shaped tail, wide head, high intelligence and stocky build. They are the product of selective breeding, with a scattered population throughout Russia and Europe. They are quite hard to find in America. The Kurilian Bobtail does well in the wild thanks to its excellent hunting ability and natural fishing skills.

This is another cat that came about thanks to selective breeding. Its origins can be traced back to the country of Kenya. The people of this country will sometimes see Sokokes roaming coastal areas. They are easy-going, fun and independent. 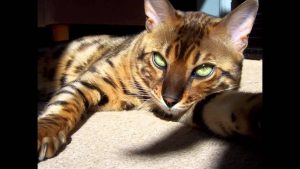 The Serengeti cat is a mixture of Oriental Shorthair and Bengal breeds. Despite their rarity, they are beginning to gain some popularity due to their easy domesticity. In appearance, the Serengeti cat is similar to breeds seen in the wilds of Africa.