Cartoonists regularly create cat characters that have human traits. Cats have appeared in animation since the early days of the medium. Over the years a number of them have attained a high level of fame. 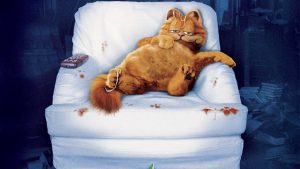 Felix has been around since the silent film era. He was one of the first cartoon animal characters to become significantly popular. Short films featuring him drew audiences, allowing the animation to be taken seriously as a lucrative form of entertainment. Felix is often shown getting into surreal and humorous situations. 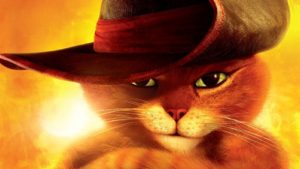 This fairy tale character can be traced back to the 16th century. He reached an international movie-going audience in the 21st century thanks to the Shrek series. This version of Puss is voiced by Antonio Banderas and is a fearless, sword-wielding adventurer.

Ren and Stimpy is an anarchic comedy cartoon about two friends who live together. Ren is a psychotic and unhinged Chihuahua, whereas Stimpy is a kind-natured but dimwitted Manx cat. Stimpy usually does his best to make his long-suffering friend feel better, but this tends to end in disaster. 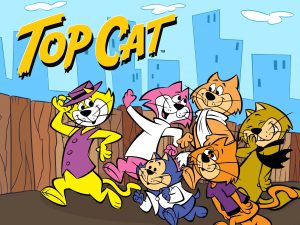 Hanna-Barbera Studios created the series Top Cat in 1961. It follows the titular feline and his gang of cat friends. In most episodes, Top Cat uses his charisma to trick human characters. A beat cop called Officer Dibble is his most frequent target. During the 2010s two animated films were released. These were Top Cat: The Movie and Top Cat Begins.